Learning about the Ngaro people will enrich your Whitsunday's holiday and visiting the Ngaro Cultural Site is an attraction not to be missed while cruising the Whitsunday Islands.

The Ngaro cultural site is found within Nara Inlet on Hook Island. Accessing the site can be done on a bareboat charter, cultural or private tour.

In this post, we'll share how to find the artwork and some fascinating information about the Ngaro people. But first...

Many sites throughout the islands continue to hold special meaning for Ngaro descendants and are a continuing connection to Country. We pay our respects to the Ngaro traditional owner's past, present, and future. 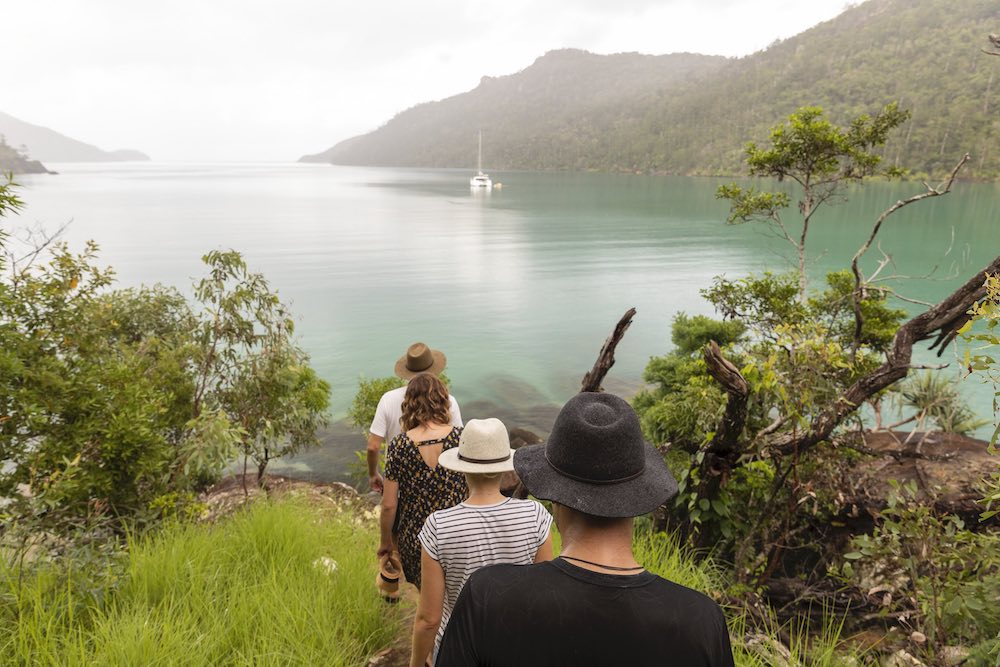 About the Ngaro People of the Whitsundays

The Ngaro were a seafaring tribe that inhabited the Whitsundays Islands and coastal areas stretching from Cape Conway and down as far as the mountains to the east of Proserpine.

They were known for their distinctive three-piece canoes (winta), crafted from ironbark.

Evidence of the Ngaro people living in the area date back to 9000 years. Archaeologists and of course Indigenous locals confirm people inhabited the area for much longer, but the ocean has changed the landscape putting many ancient cultural sites underwater.

The most famous cultural site in the Whitsundays is the artwork found in Nara Inlet, however other islands also display evidence of significance and inhabitancy such as the stone quarry located on South Molle which made distinctive tools called a juan knife. 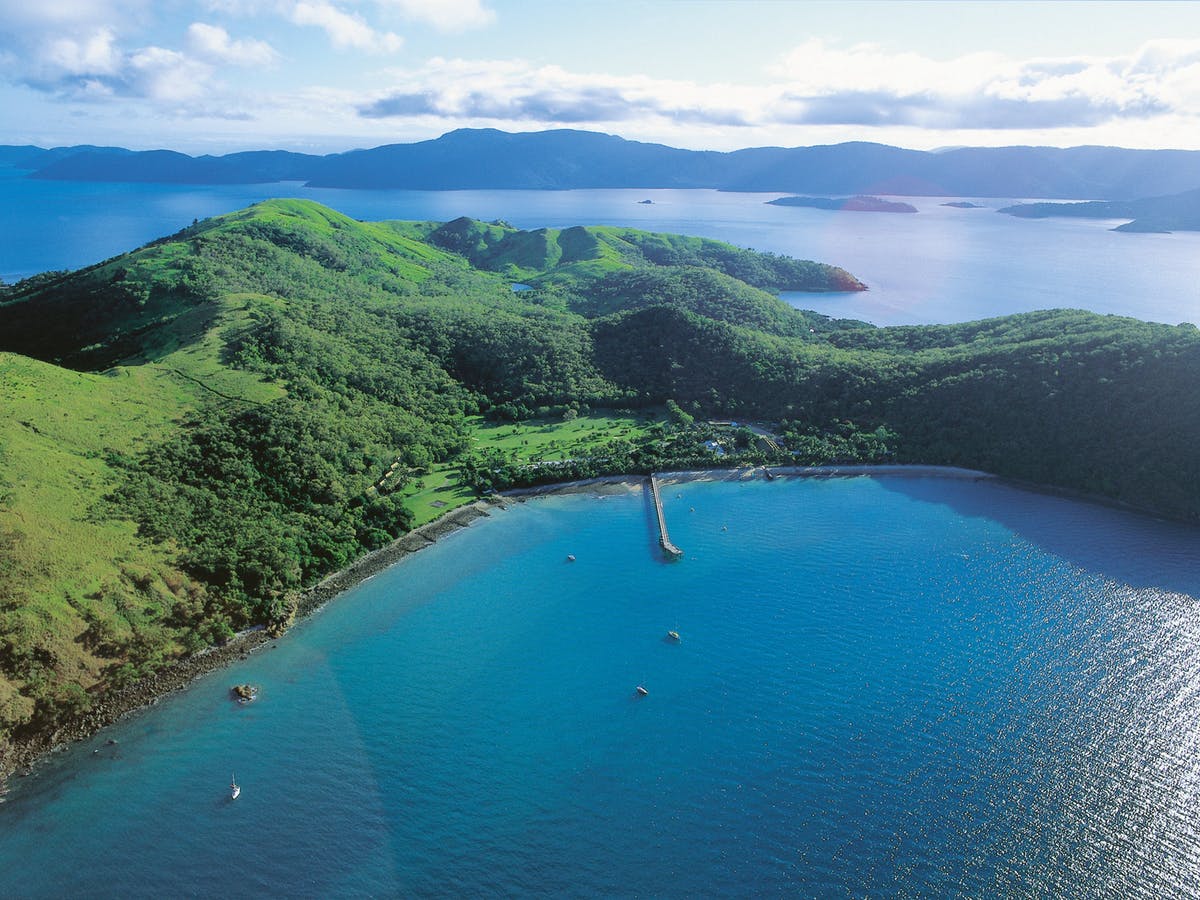 How to find the Ngaro cultural site on a bareboat charter

The Ngaro cultural site is accessed from within Nara Inlet, on Hook Island. We recommend allowing about 2 hours to visit the artwork caves.

After anchoring within the inlet, one of the most protected overnight anchorages in the Whitsundays, take your dinghy to the far end and head to the beach on the right. The beach is the access point part of the Whitsunday Ngaro Sea Trail which leads to the cave.

You’ll find the track starts steeply with some rock steps and then merges into a gradual bush track—Walkthrough the tropical forest for about 180m taking in the stunning plants and spotting exciting insects. Keep an eye out for beautiful butterflies and cockatoos watching from their vantage point overlooking the inlet.

At the beginning of the cultural site, there is an interpretive display, where you can listen to audio stories narrated by elders of the Ngaro tribe. The stories contain information about our local indigenous history, what life was like in the Whitsunday islands many years ago, what the Whitsunday land means to the Ngaro people and how they used to live off the land.

Follow the wooden boardwalk up to the viewing area and the cave paintings, with information boards throughout describing their meaning and history. 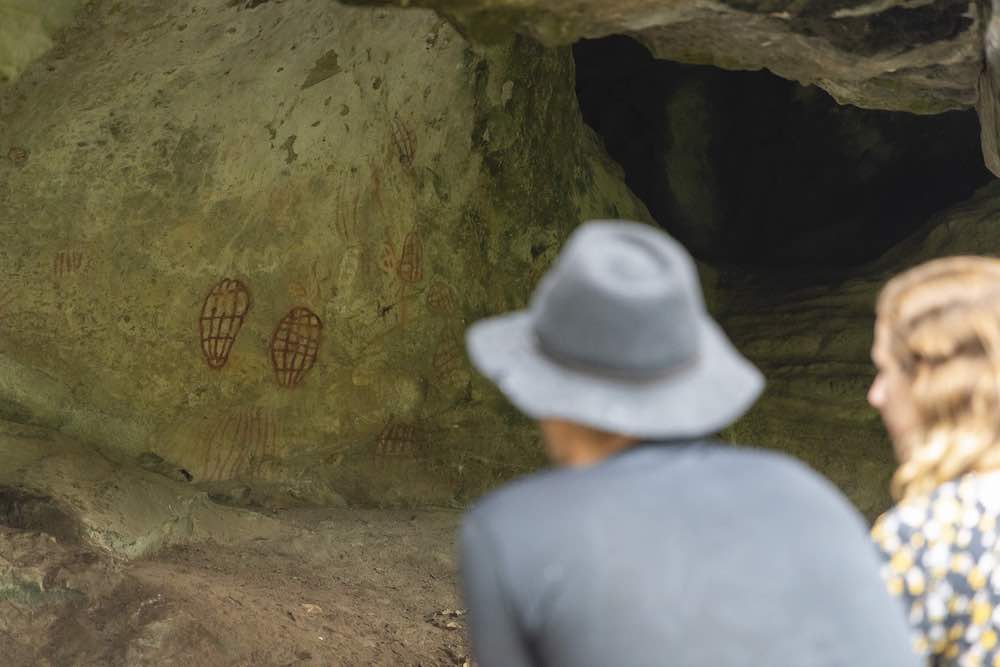 The Ngaro Sea Trail is a trail combining waterways and trails across three Whitsunday Islands. Accessible only by boat, the sea trail will take visitors through diverse landscapes and to some of the most culturally significant areas in the Whitsundays.  The trails are for all abilities, from the challenging "Roof of the Whitsundays' to an enjoyable stroll up the stunning Hill Inlet lookout. Learn more about the Ngaro Sea Trail in this post.

If you’re not taking a bareboat charter, you can experience the Ngaro artwork caves with Whitsunday Paradise Explorer who offers Indigenous cultural tours of the area.

Day tours depart from Airlie Beach or Shute Harbour. Not only will be able to visit the Nara Inlet artwork with a traditional owner, but you will also visit a second island walking through rainforests, learning about bush tucker, spearfishing, the Ngaro way of life, their history, and customs.

Why aren’t there any older cultural sites in the Whitsundays?

One of the reasons there aren't any older sites in the Whitsundays is that the formation of the Whitsunday Islands is a relatively recent geo-coastal change.

For example, Mackay is now on the coast, but 18,000 years ago, the coast was hundreds of kilometres to the east. When people first started using the cave on Hook Island, it wasn't an island; it was the mainland.

During the ice age, water was locked into the ice caps, which lowered the sea level. As the global climate warmed, the ice melted and the seas rose, covering many of the older sites with the sea. The ocean got to the level we know today around 6,000 years ago. 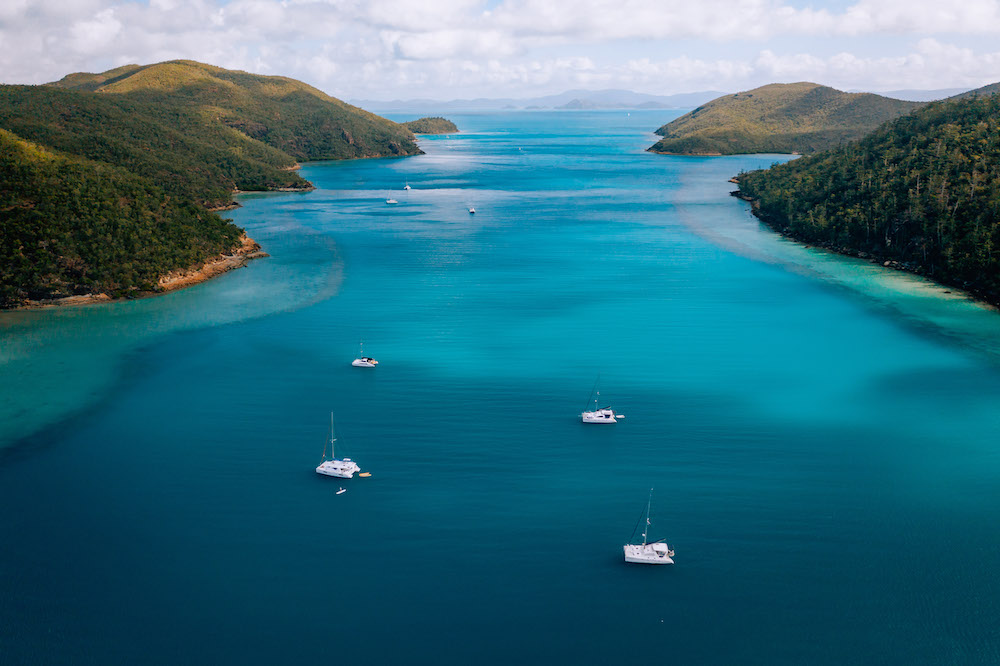 Dr Bruce Barker conducted the first archaeological work within the Whitsunday Islands, discovering some of the oldest cultural sites in Eastern Australia.

"The Whitsunday people were different even from coastal people, in that they were full-on maritime people. They hunted large marine animals from very sturdy three-piece bark canoes, and sometimes outrigger canoes. Their domain was the sea, the reefs and the tidal mangrove systems within it."

"In the archaeology, we find hundreds of sites on the islands literally. Some of these are what we call rock shelter sites, where during the wet season people would come and camp and build their fires."

If you're lucky enough to visit the Whitsunday Islands, chat to us about stopping over at Nara Inlet so you can visit the Ngaro cultural site.

About our Whitsunday wonderland

Wander along a scenic bush track to get to the Ngaro Cultural Site, an educational display showcasing the history of the Whitsundays' original inhabitants.