When is the best time to visit the Whitsundays?

September is the best time to visit the Whitsundays. There, we said it. We know it's a massive blog writing fopar to give away the punch line in the first sentence, but please, don’t stop reading here.

You see, while September said to be the best weather in the Whitsundays, there are advantages to visiting the Whitsundays during any time throughout the year.

Every season has something different to offer, so if you aren’t locked into visiting the Whitsundays within a specific time frame, we suggest looking at the pros and cons of the seasons while also taking public and school holidays into account. 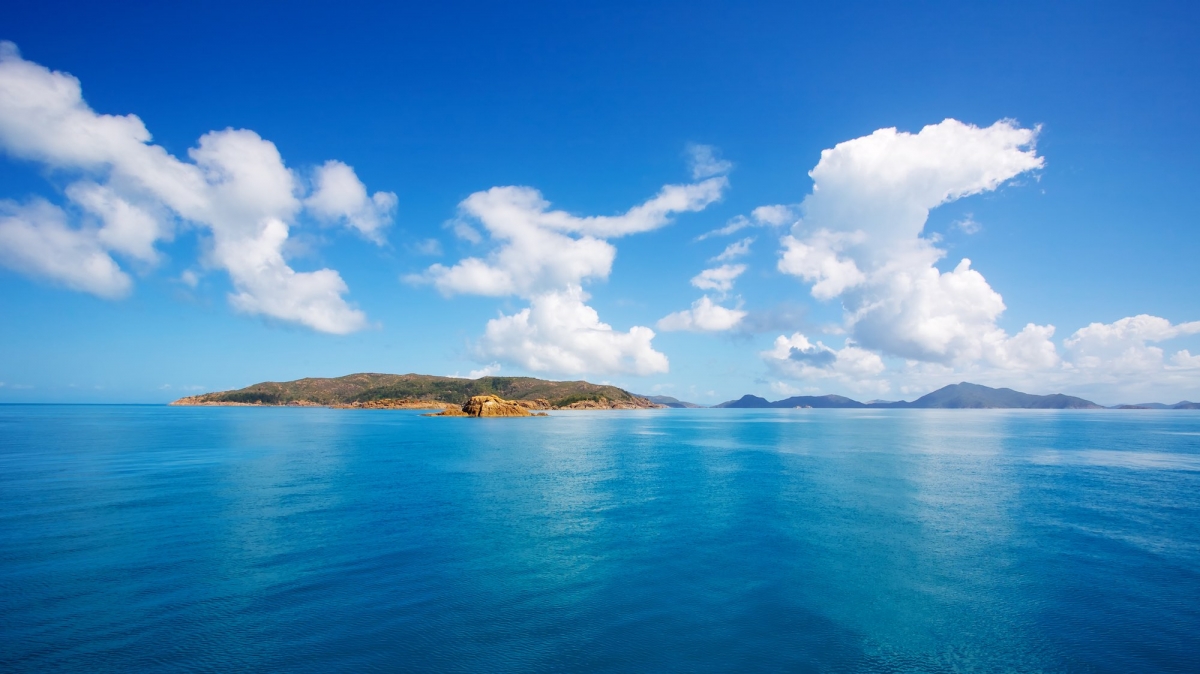 The sub-tropical temperature of the Whitsundays

Located about halfway up the coast of Queensland, you will find the Whitsunday Islands. This part of Queensland is considered sub-tropical, which means a climate of humid summers and warm winters. It also means stunning lush natural beauty.

Waters around the Whitsundays Islands are sheltered staying around 25 degrees Celsius (77 degrees Fahrenheit) most of the year-round, a perfect temperature for taking a dip. When experiencing the islands, many people enjoy swimming, snorkelling, kayaking and scuba diving year-round.

The Whitsunday Seasons are defined by wet, windy and dry. The ‘wet’ season is from January-March, the most blustery months are March-May, the driest months are August-October.

The Whitsunday wet season runs over the hottest part of summer. While showers can be frequent, they rarely last all day. The dry season runs over winter so it can be cooler, but generally, the weather conditions are consistently perfect. It doesn't feel like winter at all!

For those interested in sailing, the trade winds begin after the wet season around April, creating brisk sailing throughout the winter. After June, the winds start to settle, becoming lighter after mid-September. 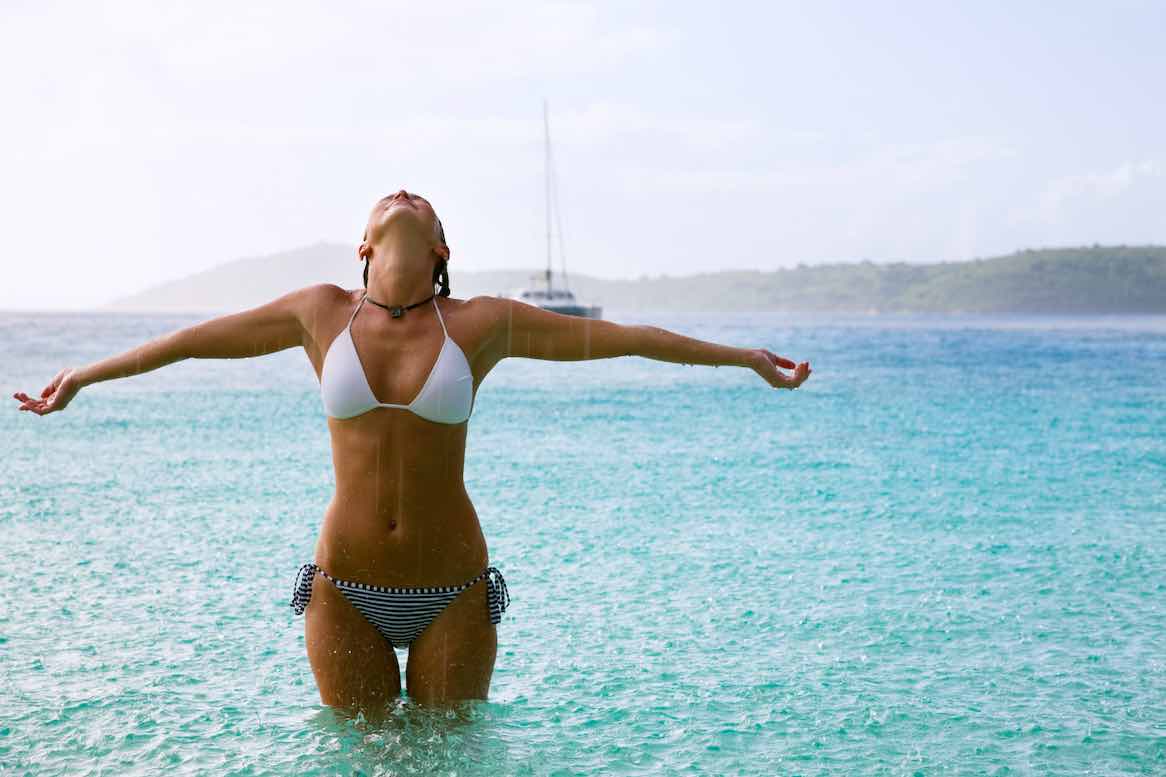 The Pros and Cons of each season in the Whitsundays

Average temp 24 – 27 degrees with some humidity but less rain 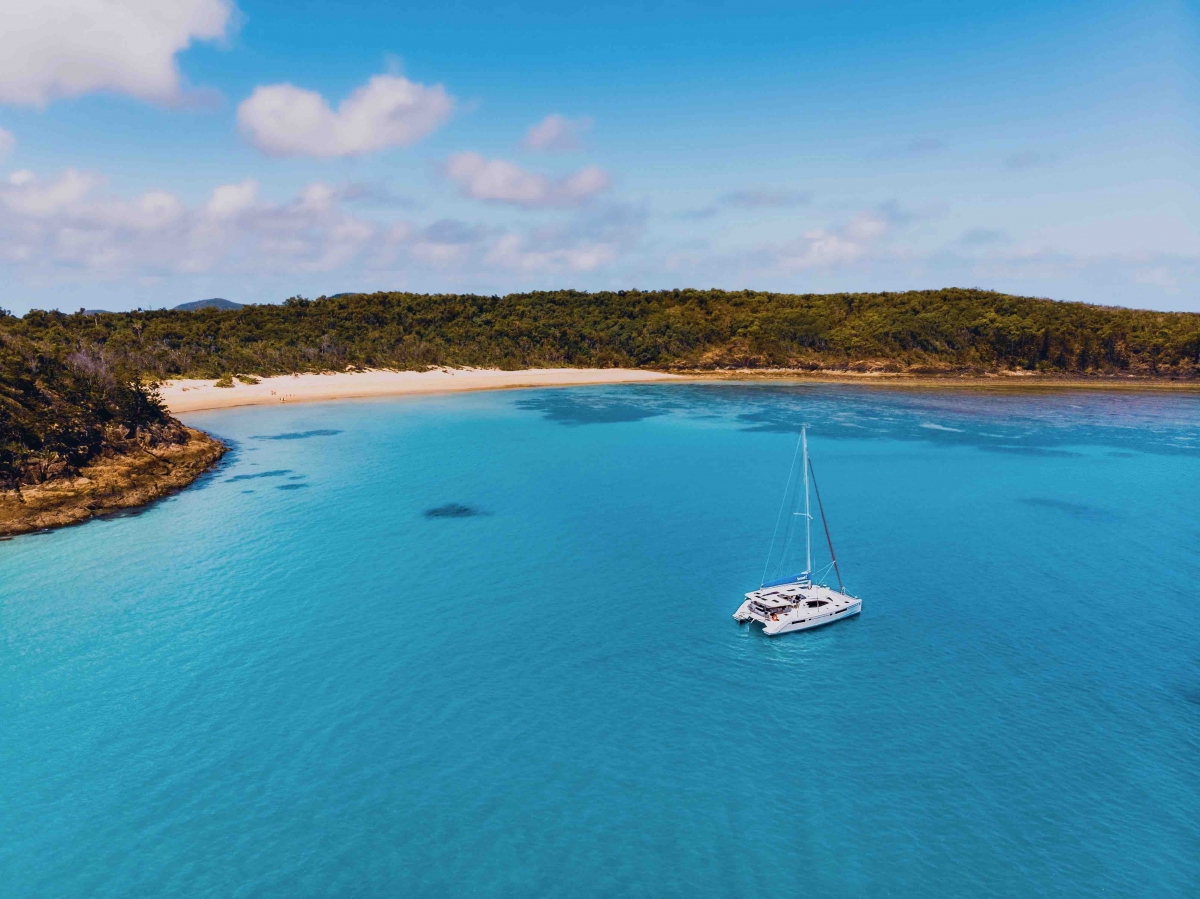 Many people use money and rates as the main deciding factor for when they want to visit the Whitsundays for a bareboating holiday.

If you’re making your decision on when to visit the Whitsundays around budget, then look at when you can get a deal based on the high, mid and low seasons.

Check out our online booking system for more details on rates and availabilities based on the seasons. It's straightforward to use!

The best time to visit the Whitsundays

Early spring, specifically the month of September, is considered the best time to visit the Whitsundays. Everything aligns in September thanks to the consistently sunny weather, low humidity, light trade winds and perfect conditions for swimming, snorkelling and diving.

September is outside of the stinger season and catches the end of the whale watching season. Rates are mostly outside of the peak and school holidays only fall on a week during the month.

Three Underrated times of Year to Visit the Whitsundays 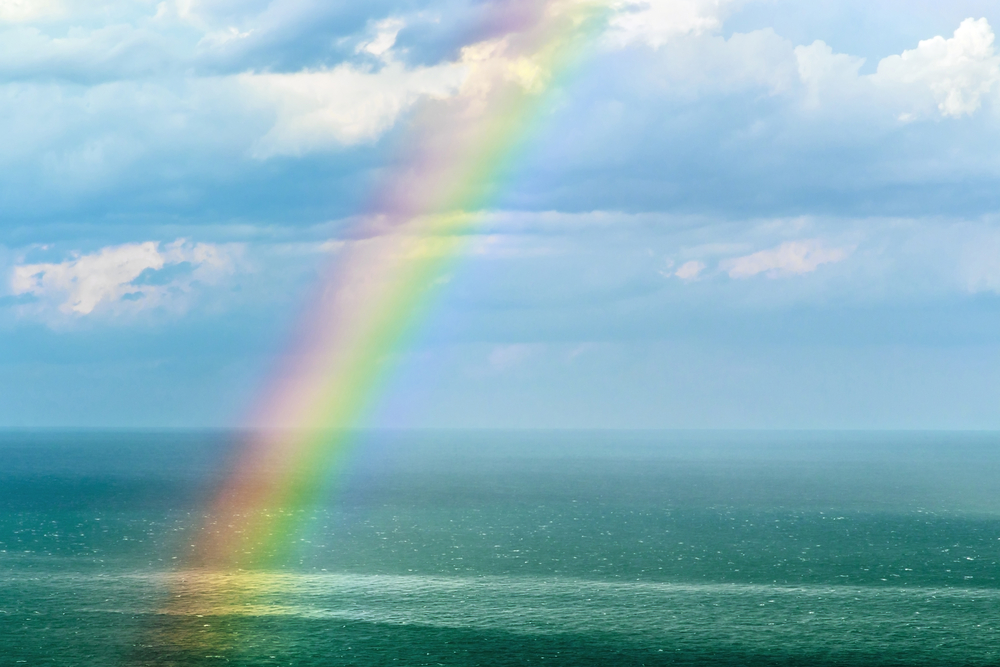 Stinger season in the Whitsundays

From October through to May, mid-spring until late autumn, the warm waters of Queensland attract Irukandji and box jellyfish. This time of year is known as stinger season, and everyone who wishes to enjoy swimming, diving or snorkelling is asked to take safety precautions when entering the water.

During the stinger season, swimmers and snorkelers should always wear protective stinger suits, which prevent jellyfish tentacles from accessing the covered skin. Charterers with Whitsunday Rent a Yacht are fitted with stinger suits during their briefing.

Jellyfish fatalities are highly uncommon in the Whitsunday Islands and stinger season doesn’t mean you don't get to enjoy the ocean, you need to wear the safety gear and minimalize risks.

Cyclone Season in the Whitsundays

Cyclones occur off the Queensland coast from between December and April. The likelihood of a cyclone directly impacting the mainland is low – and one affecting the Whitsunday region is even smaller.

Fortunately, Queensland has an excellent cyclone warning system using state of the art forecasting technology. We always hear about a potential cyclone weeks before it poses any threat and we have several days warning if it’s looking like the Whitsundays will be directly affected. Once formed, cyclones tend to move slowly at about 8 to 12 knots, giving us plenty of notice if one is developing.

If you’re travelling in the cyclone season, make sure your insurance covers cancellations in case of a cyclone.

Whale season in the Whitsundays

Whale season in the Whitsundays is one of the best times of the year. There is nowhere else in Australia where you can hire your own private yacht and cruise around tropical islands living amongst Humpback whales!

The whale watching season is from June until September. Understandably it’s a popular time to charter, so make sure you book ahead of time.

When is the best sailing conditions in the Whitsundays?

Many yachties say that late September into early November is the best cruising weather in the Whitsundays thanks to the trade winds. However, at any time of year, you can almost always be assured of having enough wind for a pleasant sail.

From 100 Magic Miles – The Whitsundays boating bible
“The arch weather systems over Australia result in periodic bursts of trade wind activity throughout the season, which lasts from March to April through to September. Winds can suddenly spring up from a southerly direction, even in the middle of the night. For this reason, local skippers strongly advise against the overnight use of south –exposed anchorages from March – Sept. Exceptions are Nara and Macona Inlets” 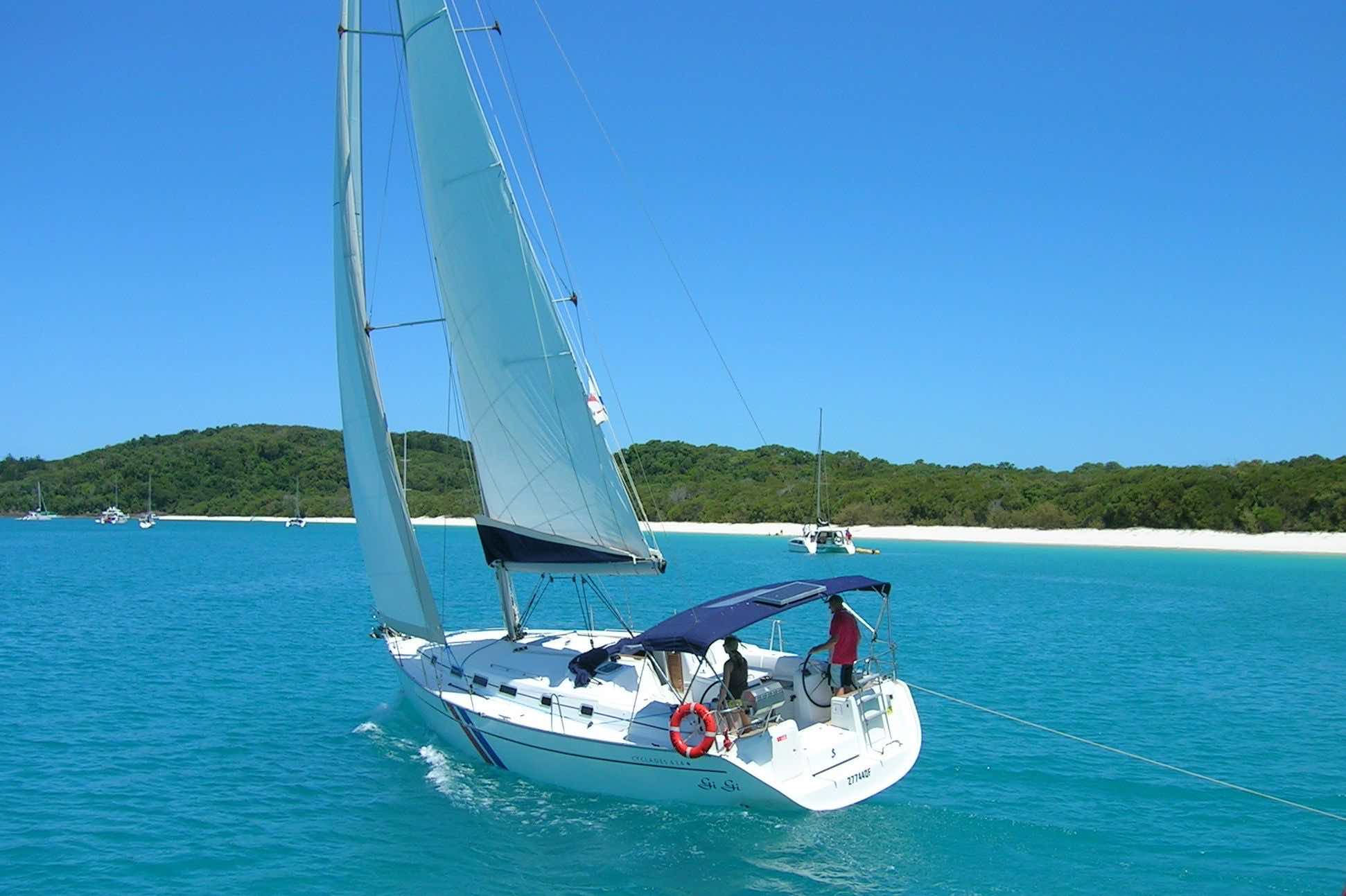 Ultimately the Whitsundays Region is lucky enough to have decent weather throughout the year, with each season offering its unique attractions.

Before making your decision on when you want to visit the Whitsundays, we suggest spending some time exploring our online booking system where you can play around with dates and rates.

Join us in the Whitsundays and enjoy the freedom to explore